Company culture is such a nebulous, dynamic and organic thing that trying to capture and define it in neat answers from a survey is a bit like trying to hold a cube of custard in your hands: messy and quixotic. 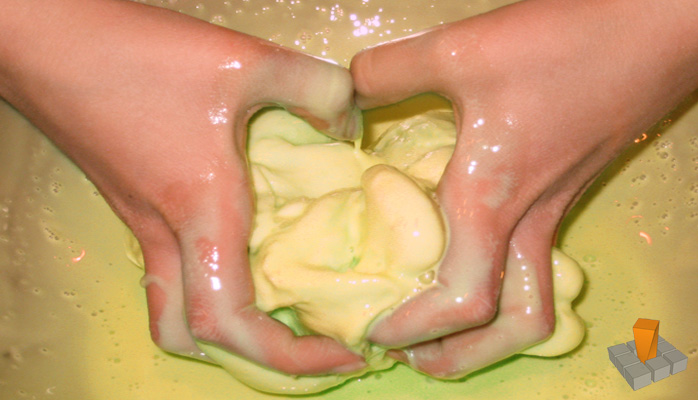 There may be times however when you need to assess your organisation’s capability strategically. In that scenario, culture is one of the biggest tools in the kit to deliver competitive advantage because it directly affects how well people operate and deliver together. Like any other resource, you need to map out your culture as capability to figure out if you have the right stuff to take on your challenges.

Asking employees multiple choice questions that test their ability to memorise the company handbook won’t tell you anything about what your culture actually looks like. You can try the NPS thing or even the how much to quit thing but that won’t give you any insight into what sort of culture you have operating, just how much it’s impacting the working environment.

Trying to build a picture of “what company culture do we have“, is very different to measuring perceptions of what pre-determined characteristics might be present. The former attempts to reveal what is there in all its organic glory, the latter only tells you whether what you’re guessing is there (or what the boss like to think is there), is. If you don’t happen upon the right questions, you will miss vital features and clues.

If you think of culture as an emergent property of all the interactions your people have with each other and their customers, you can see how you’ll only ever really catch glimpses of it through discrete stories and behaviours.

If you absolutely must strap a saddle on the donkey and take on some windmills to create a snapshot, I think the best bet is to try and uncover the signs and symptoms of your culture, those defining moments that capture how your organisational culture manifests in behaviour.

Here then, are my suggestions for 5 revealing questions about company culture.

Tell me a story about something you saw at work that you think sums up our culture.

The answers to this question should return something close to each respondent’s own values, because it’s the story that means enough to them that they remember it. Map out all the varying values behind the individual stories and you’ll have a pretty good picture of the organisation’s values.

Tell me a story you’ve heard from other people that you think illustrates our culture well.

What you’re looking for here are the legends and myths, the stuff that resonates throughout the organisation and provides a defining DNA. This should give you a sense of what the cultural foundations are: the stuff that shouldn’t be meddled with lightly.

What is this place like when things go wrong?

This question is all about how well culture survives once the poop hits the propeller. It’s true that crisis reveals character so what you’re looking for here is some insight to what behaviours are exhibited when teams are put under pressure. What values get compromised and what behaviours survive the pressure in order to “just fix it”? If it all goes to pot and a whole bunch of different behaviours come out that aren’t posters on your wall, your culture is only skin deep.

What are people publicly praised for around here?

This will give insight into what your managers are reinforcing as important through their public behaviour. This question is powerful, because it shows whether or not the people responsible for setting the tone and representing what your culture should be, are giving it visible priority. Lots of answers about hitting KPIs means you have a culture of achievement (What), but not necessarily competence (How). Answers focused on championing behaviours means managers are prizing the stuff that powers strong cultures.

Which employee would you say best demonstrates and represents our culture?

Culture is a complex thing to define but most people know it when they see it (hence asking them for stories in question one). The concept of brand operates in the same way i.e. describing the Audi brand, without an Audi to hand, is quite tricky without resorting to metaphors. It’s much easier to point to one and say, what occupies that space and the experience it delivers is Audi. Asking for a named person, a role model, operates much the same way. The shorthand of a name brings with it the rich, faceted, nuanced reality of a person who you can then use as your template. This way, you also get to see who the cultural leaders are as opposed to the org chart leaders. In a perfect world they would be the same…

My suggestions are not neat closed questions amenable to simplistic analysis or tracking, but they will give you great insight into what behaviours are actually powering your company culture rather than the stock, desired or published values the boss might like to be present.